History, heritage and something completely new - all at Klaus K Hotel's core

Klaus K Hotel is located in Helsinki’s vibrant city center. The hotel’s premises are already more than hundred years of age and are a combination of two architecturally important buildings; the one on the Erottaja side is architect’s Frans Sjöström’s signature work, built in 1882. The building on the Bulevard street was built in 1912 and designed by Lars Sonck, one of the most important architects of the national-romantic movement. Guest house activities already started to take place in the building in 1924 and the first actual hotel was opened in 1938. The hotel’s name is based folklore: The by Elias Lönnrot compiled Kanteletar, a collection of Finnish folk poetry published in 1840, includes the ballad “The Death of Elina”. It is a story of passion, betrayal, lies and envy, its main character being the ferocious Klaus Kurki. The name, Klaus Kurki, was carved into the granite of the entrance doorposts in 1938.

Klaus K Hotel honors its tradition and background without getting trapped by its history. The hotel is fresh and different, stylish and experimental, modern and yet legendary. The heart and soul of the hotel was found in the Kalevala – Finland’s dramatic national epic which continues to fascinate travelers from around the world.

The beauty of Kalevala lays in the details

Almost all of the furniture, carpets and objects have been tailored specifically for Klaus K Hotel. And the myths of the Kalevala can be found in surprising details.The corridor’s carpets between the guest rooms tell the main creation story from the Kalevala. They explain how the world and the universe were created from seven eggs. In many places throughout the hotel, guests will notice the egg shape. The white wood-made reception desk of Klaus K Hotel is shaped like an egg and depicts a bird’s nest as well with its fantastic, massive ceiling light fixture. In the staircase leading to/from The Klaus K Bar & Lounge, there is a large wall artwork depicting the Genesis according to Kalevala.

Have you seen the large pike mosaic? The pike is the Kalevala’s symbol for music as Väinämöinen, the main strong man, makes the first-ever kantele instrument out of a pike’s jawbone. The hotel’s guests are guided on each floor to their rooms by animals depicted in Kalevala’s adventures: song bird, magpie, swan, eagle, horse, moose, wolf and bee.

Also Toscanini has a connection to the Kalevala. Artist Gallen-Kallela joined a Finnish artistic colony in Florence in the spring of 1898. There they hung out in bars and cafés, discussing fresco techniques and picking up the new movement in the art world – symbolism. The mood of symbolism affected Gallen-Kallela, who painted Kalevala-themed ceiling frescoes for the central dome of the Finnish pavilion at the 1900 World’s Fair in Paris and in 1928 a similar one on the ceiling of the Finnish National Museum, which can still be viewed today.

The hotel’s four original room categories are named after strong Kalevala emotions: Passion, Mystical, Desire and Envy. Every room has a piece of art displaying a quote from the Kalevala describing the specific mood.

In 2014, Klaus K Hotel expanded by adding 30 new Sky Loft rooms and suites. In these spaces we are portraying the Finnish heritage in a contemporary way.

The KlausK-star can be seen on many Klaus K Hotel's print pieces. It was, in essence, “designed by” Akseli Gallen-Kallella, as it appears in several of his Kalevala paintings.

As the text's source the essay written for Klaus K Hotel by Tuija Seipell has been used. 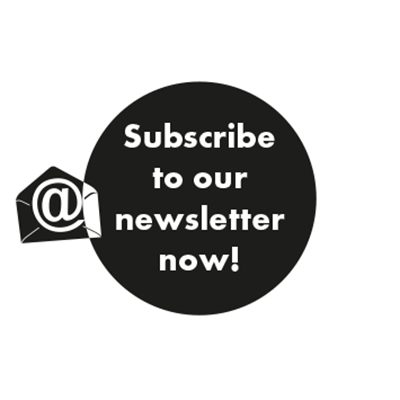 By subscribing to Klaus K newsletter you permit us to handle your personal information in accordance with our privacy policy.